What is an ovarian cyst?

An ovarian cyst is a fluid filled sac in an ovary. They are very common, and the majority are benign. Cyst formation occurs each month as part of the regular menstruation cycle during oocyte (egg) maturation, however they resolve following release of the egg, a process called ovulation. This type of cyst is specifically called a follicle and is referred to as a physiological or functional cyst. Other ovarian cysts are pathological and may have septation and solid tissue within the cyst. These pathological cysts do not go away and may require surgical removal. It is also possible, however less commonly, for an ovarian cyst to be malignant.

What are the different types of ovarian cysts?

There are many different types of benign cysts, including the following:

What are symptoms of ovarian cysts?

Most ovarian cysts do not cause symptoms therefore it is not uncommon to find them incidentally on a pelvic ultrasound investigating an unrelated symptom such as heavy bleeding. However, some cysts can twist, rupture or bleed and cause pain. A very large cyst can cause abdominal distention and be detected on physical examination.

How are ovarian cysts diagnosed?

A pelvic ultrasound uses sound waves to create images of pelvic organs and is the best imaging method to investigate for ovarian cysts. To obtain these images, an instrument called a transducer is placed on the abdomen and / or in the vagina. Ultrasound can determine the characteristics of a cyst including location, size and content, which helps to determine what kind of ovarian cyst it may be. Blood tests are often done to check the level of substances generally referred to as tumour markers to assess the likelihood of the cyst being cancerous. The tumour markers for ovarian cysts include CA 125 and CA 19.9.

How are ovarian cysts treated?

The treatment for ovarian cysts depends on the type of cyst. Physiological or functional cysts resolve on their own and do not need treatment unless they are causing severe pain or excessive bleeding. If a person gets recurrent symptomatic functional cysts, the oral contraceptive pill may be of benefit as it suppresses formation of functional cysts and ovulation. Pathological cysts will usually require surgery but can be closely monitored for a period of time with regular pelvic ultrasounds, particularly when the diagnosis is uncertain or if they are small and not causing symptoms.

How is the surgery for ovarian cysts performed?

As most ovarian cysts are benign, ovarian surgery is now performed minimally invasively by laparoscopy, also known as keyhole surgery. In cases where the cyst is suspected or proven to be malignant, surgery should be carried out by a gynaecological oncologist, a gynaecologist who specialises in gynaecological cancers. Surgery for ovarian cancer is carried out by traditional open surgery through a large abdominal incision.

Surgery for ovarian cysts can be either: 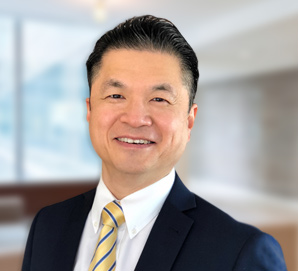